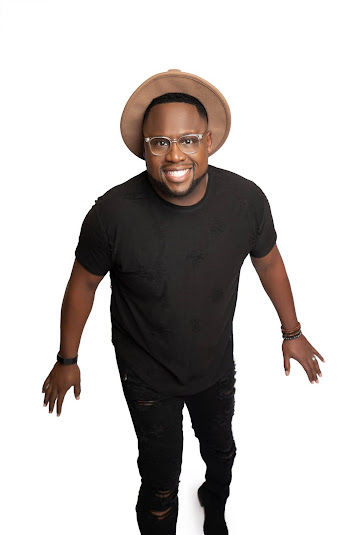 Singer, songwriter, worship leader, director, educator, administrator, and producer, Dr. Tevis Harris is a Rocky Mount, NC native and currently sings and serves in ministry in his hometown. Tevis started singing in the church choir as a young boy and found that he was musically gifted. He has been a background vocalist for several artists and musical productions.
His first single, Fight, was released in July 2019 and was his first musical production as an independent artist. The song features the group faVor, composed of several of his friends and family.

His brand new single, Begin Again, from the upcoming album Keep Winning, was released January 11, 2021 is sure to stir your soul, uplift your spirit, and encourage your heart. He was featured on the Lonnie Hunter Morning Show as the @GETITDONE Guest of the Week. The song was also featured on Inspiration 1390 on New Music Friday. He has also been featured on many syndicated radio shows across the country. 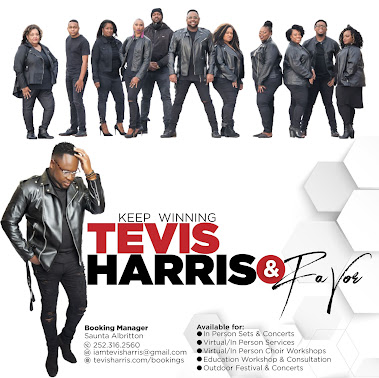 His upcoming sophomore album, Keep Winning, is sure to deliver a gospel experience like never before and is set to release mid-summer 2021. The Keep Winning album is a diverse compilation of praise and worship, contemporary and urban gospel music.

In addition to being a dynamic worship leader and choir director, Tevis is an accomplished educational administrator and presenter who loves to serve in his community. He is a proud member of Kappa Alpha Psi Fraternity, Inc.

He is married to Dr. Janeé Avent Harris and they have two children, Carsen and Nolan. Tevis honors God for his unmerited favor and spiritual growth. He counts it all joy for all that God has done and is going to do in his life. 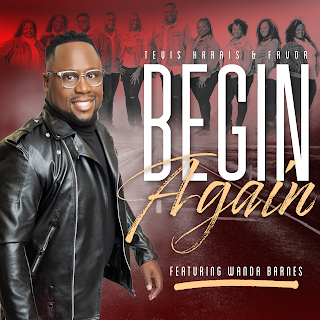 For more information and booking go to https://www.tevisharris.com/bookings or contact Saunta Albritton at (252) 316-2560.

Gospel musician, independent recording artist, and school administrator, Tevis Harris along with his recording group faVor, a group that comprises his family and friends, will debut their upcoming gospel album “Keep Winning” in a live concert in Rocky Mount, NC on June 4, 2021 at 7:00 PM at Rise Church in Rocky Mount, NC. Tickets are $20 for General Admission and $40 for VIP and can be purchased on Eventbrite.

Tevis Harris & faVor’s brand new single “Begin Again” feat. Wanda Barnes was featured on the Lonnie Hunter Morning Show as the @GETITDONE Guest/Song of the Week. The group and song were also featured on Inspiration 1390, on New Music Friday, the Willie Mae McIver, Beyond the Praise and Liz Black syndicated radio shows and other internet and streaming venues across the country, and the Stellar Award Winning All Nations Radio. Zachery Larson, a song reviewer from Radio Airplay and a professional touring guitarist and multi-instrumentalist stated, “...Begin Again starts out with a serenity perfectly mirrored by Harris’ vocals before building into an uplifting triumph that is nothing short of awesome.”

This is Tevis Harris & faVor’s first live concert appearance. The group will debut many of the songs from the “Keep Winning” album scheduled to release on all digital platforms June 5th. Tevis Harris & faVor are also open for booking and are scheduled to perform in many church services and concert venues over the next several weeks. A portion of the proceeds from the concert will be donated to Mauranda’s Heart, a local charity that connects children with mentors who serve in parental roles where needed.

Tevis Harris is known for his powerful high energy vocal performances and the “Keep Winning” live release concert will be nothing short of this. The Begin Again official video and single exposes Tevis’ artistic lyrical talent and unveils his ability to move audiences through music. The “Keep Winning” album, a diverse compilation of praise and worship, traditional, contemporary and urban music, is sure to stir your soul, uplift your spirit, and encourage your heart.

For more information and booking go to https://www.tevisharris.com/bookings or contact Saunta Albritton at (252) 316-2560. 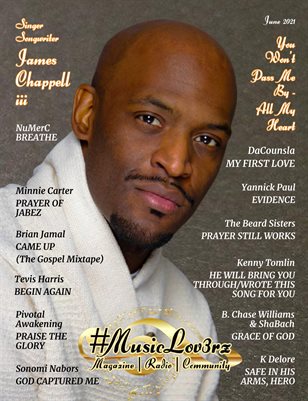 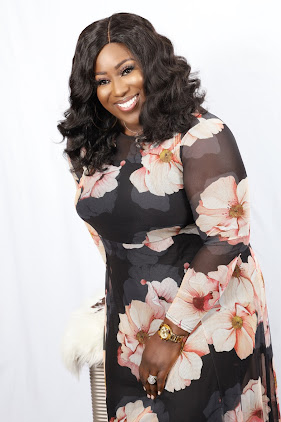 Tosin Oyelakin is multiple award-winning Gospel music minister who has been singing in church since about the age of seven, first in her church choir in her country of birth Nigeria and today in the UK where she now lives. Tosin’s mandate is to bring to all who come in contact with her and her ministry, the pure and undiluted love of Christ through her music and inspiring words of wisdom.  In February 2016 Tosin released her debut 3 track EP, ‘You’re Precious’, and in 2018, Tosin released her full 15 track album titled “My Offering, My Everything” with 15 songs solidly based on the word of God. She is now working on her second album from which Shammah is taken.  Tosin is also a speaker and a writer known for her daily words of wisdom which is reaching far and wide to bless lives and encourage godliness.  Tosin is  a physiotherapist by profession, is married and blessed with beautiful children. Get it on Amazon | Apple Music  |  Spotify    www.tosinoyelakin.com About SHAMMAH Tosin Oyel 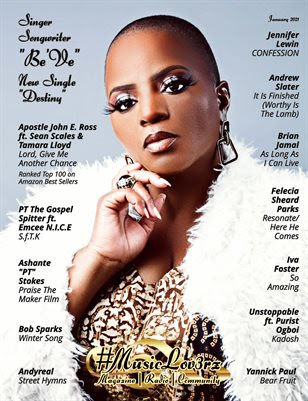 #MusicLov3rz January 2021 - Independent Music Worldwide By #MusicLov3rz Magazine in #MusicLov3rz 64 pages, published 12/28/2020 † 3x Award Nominee "Media Publication of the Year" † "Magazine of the Year" 🙏 Independent Music For The Lord of All Genres † Be’Ve , is a driven musical artist whose journey is inspiring and emotional. Born and raised in Brooksville, FL Be’Ve gravitated towards singing and found it to be a source of peace. Be’Ve has had the opportunity to share the stage with many local to mainstream artist. At the age of eight-years-old and without any formal training, she would pick up a microphone at a local Brooksville, FL church and would sing every Sunday in the choir. For the young performer, she realized at a young age that music c 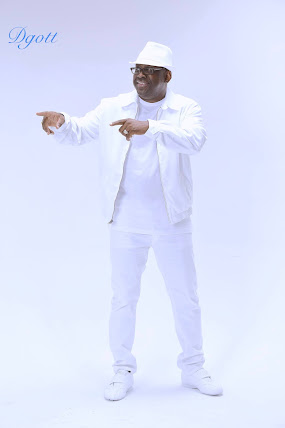 Dwayne Gott was born on September 28, 1960 in Brooklyn, New York. He is the youngest of three children raised in his home. He also has a younger Sister and brother that lived in Oklahoma. He lived with his mother and father and older sisters in the Brownsville community.  Dwayne developed a love for music as he studied and played instruments in junior high school. His parents encouraged him to follow his dreams in music. He decided to join a band called “Hot Ice”.that performed in school talent shows in and around the Brooklyn area. Hot Ice matured in his high school years and decided to change the band’s name to Kingdom in 1975. They became a musical sensation playing at block parties, banquets, local night clubs, hired for weddings and birthday parties. They collaborated with well-known groups like Full Force, The Force MD’s, Grand Master Flash, and Paula Bryant. The band played together for fifteen years and traveled the Tri-State area they were also invited to play in South